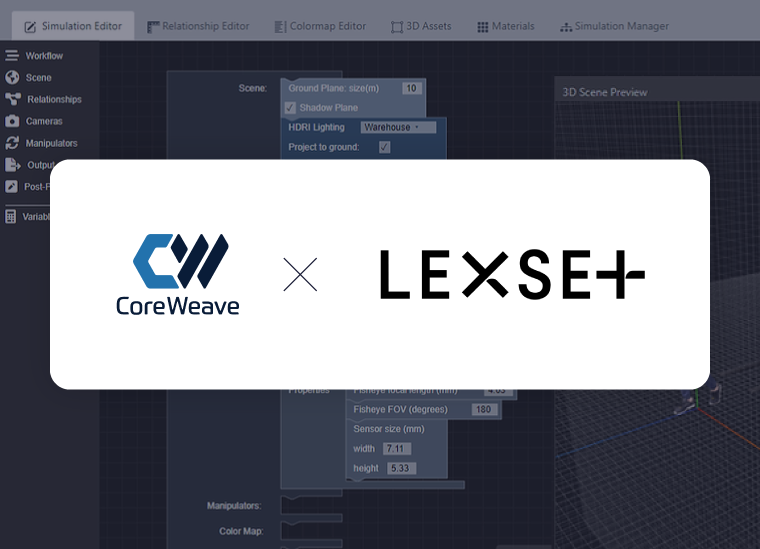 How a Computer Vision company was able to scale their production needs while reducing their associated cloud-spend by 93%.

As demand for Lexset’s product grew, their image generation process became increasingly costly with respect to compute resources. The Lexset engineering team found cloud provider offerings to be limited and expensive, until they discovered that CoreWeave provides a scalable solution with an unbelievable price tag. Using CoreWeave, Lexset has been able to “right-size” their workloads with GPUs that meet the complexity they require with pricing that makes sense. Migrating to CoreWeave resulted in a performance-adjusted cost savings of 93% on their relevant cloud spend.

“As a company obsessed with quality and efficiency, we are thrilled to be working with CoreWeave. The cost savings from our partnership have made it easier to scale our image classification process while maintaining the highest standards for quality.“